Heathers Ireland's answer to Teegan and Sara  have returned with the first single from their forthcoming album 'Kingdom' Forget Me Knots. Forget Me Knots is probably the bands most accomplished single to date with a much more mature feel and lyrical content than previous efforts.

Posted by Alternative Irish Music Review at 8:08 PM No comments: 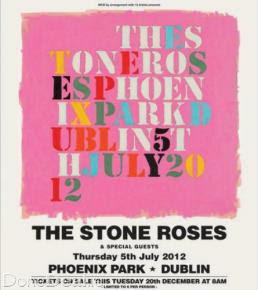 Worth waiting for....
Posted by Alternative Irish Music Review at 9:53 PM No comments:

Chasm is the first video release by Swords to accompany their new EP 'Black Baloon'. The video twisted carnival imagery matches the carnival feel of the songs synth lines perfectly.


Check out http://swordsband.com/ for more info and live dates.
Posted by Alternative Irish Music Review at 7:44 PM No comments: 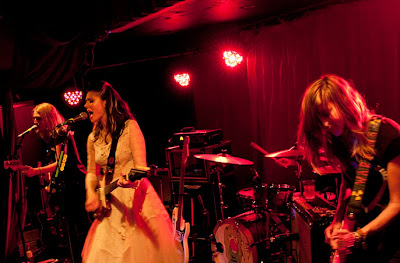 You’ve got to respect Kate Nash for her unwillingness to simply make ‘Made Of Bricks’ Part Deux and follow the sugar-pop keystrokes all the way to the bank. Instead she has chosen to put the keyboard in storage indefinitely and focus on playing the guitar and bass in a major change of direction which has been described as “career suicide” by NME.

Of course this metamorphosis into punk mistress is by no means an overnight gestation. The warning signs were present on Nash’s interesting second album ‘My Best Friend Is You’, that she was in a state of creative flux, experimenting in different genres and dipping her toes into punk rock. The results were not as compelling as ‘Made Of Bricks’, but still contained enough pop to support her fan-base’s enthusiasm. But with the release of single Under-Estimate The Girl, it would seem that she has abandoned her pop sensibilities altogether, and may very well struggle to carry her fan-base along for the punk joyride.

Kate Nash strides on to the stage at Whelans with her all girl band in tow. She’s wearing a wedding dress because she informs us she’s “jealous” of her sister who is getting married in Ireland later this year.  She tells the crowd that she now has “an Irish passport” and that tonight she would be playing “new songs”. And here is where the problems begin. The ratio of new to old songs was heavily lopsided in favour of new material to the point of overkill. It’s too much to expect fans to absorb an entire albums worth of new material and covers of Cub’s My Chinchilla and Fidlar’s I Wanna Be Your Cocaine, for good measure.

Unsurprisingly her breakthrough hit Foundations was the best received song of the night, but the band’s performance of this fan favourite was lack luster, to say the least. The 3 piece “girl gang” as Nash refers to them, are nothing special musicianship wise and it seems strange that, for all of Nash’s girl power rhetoric, she has failed to assemble a killer all-girl band, to back up her equality manifesto. Indeed Nash resembles a girl having a My Sweet 16 tantrum at times, wildly ranting and screaming shrilly, rather than singing throughout much of her new material. The covers she plays are noticeably superior to her unknown material, while the opinion splitting Under-Estimate The Girl is (by some distance) the best of her own compositions. Far too often the new material is origami Clash, rudimentary and weak, compared to the material of the bands she is seeking to be categorised with and stand tall beside.

The most endearing moments of the night came between songs, when she rallied against Heat magazine, and encouraged her fans “to do whatever they want to do” in life. She encourages them to send their music to her via her blog  and is visibly taken aback, when a fan instantly handed her their demo CD. The crowd also threw bras at the stage which she hung over the tuning forks of her bass.  It’s a shame the music didn’t live up to the banter and the girl power manifesto, because Kate Nash is capable of producing far better material. Let’s hope her third album’s material is more listenable on record than it is live.

Posted by Alternative Irish Music Review at 7:19 PM No comments: