Croupier are back with the video for new single Power Up taken from their forthcoming 'Visor EP.'  Power Up begins with one of those chirpy tropical synth splashes that have become so prominent in the alt-Irish scene over the last 18 months or so, but that's where conventional ends for Croupier. Power Up stampedes through several riffs before exploding into the final refrain of "Outside, outside, outside," hammers the song home. At times it's hard to tell where the verses end and the chorus begins or indeed if there actually is chorus at all. But that's what makes Croupier standout from the crowd in the Irish music scene at present.

Posted by Alternative Irish Music Review at 2:19 PM No comments: 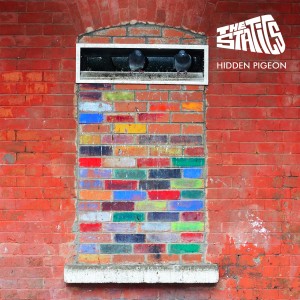 Short and sweet and very, very good was the Buddy Holly blueprint which The Beatles and others adhered to during the pop explosion of the ’60s. ‘Hidden Pigeon’ the debut EP from Dublin beat quartet The Statics takes the same approach to song writing. Each track built with layers of distilled melody crammed into 3 minutes of joyful escapism.

Once title track Hidden Pigeon emerges from a languid intro it quickly establishes each band member’s individual credentials as musicians. The interplay between the rhythm section of Jacqueline Campion (Drums) and Thomas Nugent (bass) is impressive with walking melodic basslines and tip top snare work creating a throbbing base for Liam Gardner (Vocals/guitar) and Daragh O’Connell (Guitar/Vox) to build upon. O’Connell’s guitar switches between playful staccato jerks and funky moments while a double tracked solo bounces between the gaps. While Gardner’s Vocals are in the instantly recognisable category think Liam Gallagher with a Dublin drawl and the ability to hit more notes.

Alone is the EP’s standout moment. It’s a perfect pop song; simple, relentless, and memorable from start to finish. Every vocal line is a hook and every note played demands to be hummed in response. Once again it is reminiscent of pop’s heyday, but there isn’t a hint of pastiche to be heard anywhere. The Statics clearly possess the ability to create tracks which stand up to the shadow of their influences. The Statics have created a vivid EP which indicates they will have a lot to offer in the future.
Posted by Alternative Irish Music Review at 10:01 PM No comments: