Another Wasted Line is the first official video release from The Radioactive Grandma's award winning, self titled debut album. The animated video sees the band rocking out in the desert and driving motorcycles and falling to earth without a parachute.

Posted by Alternative Irish Music Review at 5:57 PM No comments:

Review: You Kiss By The Book – Family Tree 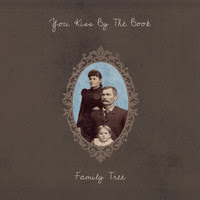 Naturally enough when a band takes its name from a Shakespearian sonnet you’d expect a certain lyrical sophistication and a heightened sense of narrative to traverse their material; doubly so when you discover that the band fashion alternative country/folk songs. Band leader Simon Dowling is by no means Ireland’s answer to Richie Edwards; but he does have a knack of building intimate, yet aloof stories, layered with shards of regret, love and listlessness.

Ironically it’s Dowling’s Adam Green-esque speak-sing vocals which simultaneously make and derail the album. At times Dowling struggles a tad too much to reach certain notes at vital times, whilst elsewhere his deadpan style is charmingly frank.

Opening track Railroad has a jittery, ramshackle quality to it which permeates much of the album. Can’t Go Back disappoints, save its beautiful string outro. It’s such a shame that one of the albums highlights is so fleeting. I Was A Miner on the other hand is a more consistent affair driven by a smart melodic bassline, mimicked by fiddle and embellished upon by the clever use of mallets.

Dowling exposes himself the most on title track Family Tree which returns the narrative to the railroad theme once again. The track grows dark, as Dowling reflects on life stuck in a “dead end job” with no way out in sight. Things get darker still as a barbershop backing vocal merrily chirps, Dowling reflects “The last lifejacket was wasted on me.” The addition of Hammond organ complements Dowling’s morose tones perfectly on When We Got To The Border which concludes proceedings on a suitably dour note.


Overall ‘Family Tree’ is a little too rough around the edges to really engage long-term thanks to a lack of attention to detail especially on Dowling’s vocals. However there is enough quality present to indicate that You Kiss By The Book are more than capable of ironing out the kinks in the future.
Posted by Alternative Irish Music Review at 11:14 PM No comments: 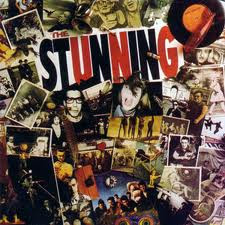 A night of festive nostalgia for fans of The Stunning as the Galway/Donegal band performed their seminal Irish album ‘Paradise In The Picturehouse’ in its entirety in Vicar St. some 22 years after its original release.


‘Paradise In The Picturehouse’ went straight to No.1 in 1990 and eventually went platinum in Ireland; a significant and laudable achievement for any home-grown band.  But would nostalgia be tempered by the disappointment of modern tastes? Far from it, The Stunning were eagerly received by a buoyant, moshing crowd, who roared them on from first to last.

The Stunning cleverly brought the crowd back to the late ‘80s with a video intro that featured Zig and Zag learning German, Charlie Haughey’s infamous “tighten our belts” speech and archive footage of the band’s first television appearance. But the biggest Cheer was reserved for Ray Houghton’s winning goal against England. Before the band finally took to the stage as Gay Byrne introduced them on to The Late Late Show to rapturous applause.

There would be no easy way out sample solutions for The Stunning, where necessary the band’s ranks swelled from 5 to as many as 8, with the addition of brass and accordion to the line-up. Ensuring at all times that there was an authentic feel to the songs. Songs such as Half Past Two and Brewing Up A Storm were gleefully received by the crowd, but lesser known songs such as Romeo’s On Fire and Girl With The Curl were just as potent. A solo performance of An Empty Feeling by Steve Wall brought the first part of the show to an end.

A mini trad session would see Steve Wall mock jig his way back on stage before Joe Wall would quip “I’d like to thank the lads for putting the session back into the recession.” The second part of the show would be a post-Paradise greatest hits selection, including a breath-taking version of Tightrope Walker; which morphed into Serious Moonlight style white soul funk-fest.

Cries of “We want more” were answered as the band returned for a 3 song encore beginning with a sing-along version of The Walls track Carrying The Fire; followed by an outstanding rendition of Bob Dylan’s Like A Rolling Stone. A second outing of Brewing Up A Storm set the mosh-pit into overdrive and brought the night to a triumphant close.

The joyous reaction of the crowd was mirrored by the band throughout the performance, so much so, that new material seems a realistic prospect for a band who are obviously enjoying it more the second time round.
Posted by Alternative Irish Music Review at 5:00 PM No comments:

Video: This Club - Up

As you would expect by now This Club's latest single Up is a radio friendly mixture of synth disco with a pretty nifty bassline. It's by no means their finest single to date, but what really lets it down is its truly awful video.

Posted by Alternative Irish Music Review at 3:33 PM No comments:

It's been a good week for hip hop in Ireland this week and Funzo's latest track is the icing on the cake. Let Me Take Some Time ft. Leiko is a smooth piece of music from the first beat until the last and you can't help but be drawn in by it's grove.

Posted by Alternative Irish Music Review at 3:19 PM No comments:

The latest track from Campaign LK is a rousing and timely call to rise against the system and claim back the streets from the age of austerity.

Posted by Alternative Irish Music Review at 6:07 PM No comments:

We normally wouldn't pay too much attention to The Original Rudeboys around these parts but following their thoroughly commendable stance against Chris Brown and violence towards women in general we thought it was time we did. Here's their latest video Blue Eyes which sees the band follow through with their beliefs in song.

Posted by Alternative Irish Music Review at 10:03 PM No comments:

Review: James Yorkston – I Was A Cat From A Book 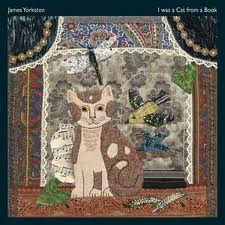 James Yorkston’s latest album ‘I Was A Cat From A Book’ features guest appearances from the likes of Kathryn Williams and Sparrow & The Workshop’s Jill O’Sullivan.  The folk veteran’s seventh solo album contains 11 songs of sorrow unfurled at an ambling pace.  The results are somewhat bland and forgettable; rarely demanding the attention of the listener.
Yorkston’s talent is never in doubt though; each song is delicately presented with obvious attention to detail as a vast array of instrumentation weaves gently in and out of the album. The problem is the results are more akin to the half-baked ‘Green Fields of Foreverland’ by The Gentle Waves than Belle and Sebastian or anything substantial in folk’s illustrious past or even Yorkston’s for that matter.

Opener Catch is almost too apologetic. Likewise, Two is just too subdued. Yorkston is at his best with a shot of adrenalin rushing through his veins. See songs such as Border Song for evidence; Its folk cacophony shines brightly above most of the songs on the album. Spanish Ants is also an enjoyable jaunty affair.
The Line Says is the finest ballad on the album by some distance; its lyrics and music combining perfectly to create I Was A Cat From A Book’s moment of folk authenticity. Yorkston’s voice is never more believable and the emotion he conveys never more palpable.

‘I Was A Cat From A Book’ would have been one of the years finest EP’s had lesser songs been sacrificed for the good of the collection as a whole. Thankfully the album ends on a high with I Can Take All This where Yorkston finally lets loose and spits in our eyes with quick-fire lyrics and an I’ll show you resolve.
Posted by Alternative Irish Music Review at 9:09 PM No comments:

Christmas songs will be unavoidable from here on out, but here are The Young Folk giving a wonderful rendition of Chris Rea's Driving Home For Christmas on Clare FM

Posted by Alternative Irish Music Review at 11:36 AM No comments:

Here's a basement recording of the wonderful Katie Kim performing her track Carbra.

Posted by Alternative Irish Music Review at 11:31 AM No comments: 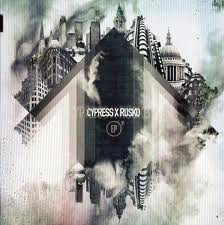 Cypress Hill have been merging Rock and Rap with more success than most since 1988; notching up Grammy’s and MTV videos with ease as Rap went mainstream in the early nineties, but there has always been much more than novelty singles such as Insane in the Brain to Cypress Hill. They were at the forefront of merging Rap and Rock, bringing creative credibility to a genre dismissed by critics as pure novelty; like Jive Bunny it would soon be forgotten in their eyes.

24 years later Cypress Hill are one of the last forefathers of modern Rap still standing. The group has never been afraid of taking on new challenges and diversifying its musical output; boldly releasing material in Spanish and collaborating with such diverse artists as Pearl Jam and Sonic Youth.  Their latest release ‘Cypress X Rusko EP’ sees them collaborate with Dubstep artist Rusko and takes their music on a journey through synth heavy soundscapes.

Lez Go announces the EP’s intent to yet again reinvent the Cypress Hill sound with melodic butterfly synth-lines juxtaposed against long wobbly bass notes. The signature vocal style of B-Real still unique as ever, however the lyrics are predictably about marijuana, a lyrical subject which is repeated throughout the EP to the point of tedium, Roll It, Light It continues the weed theme with lyrics such as “We came here to get you high” throughout the intro. The track is more accomplished than Lez Go with Cypress Hill’s old school gangster rap flows leading the line, but at times its keyboard-lines feel clunky and an air of repetition is already creeping into the EP.

Shots Go Off changes things up considerably with a beat crafted from gunshot samples, but as other instrumentation arrives the track begins to feel like it has been assembled using synth pre-sets rather than personally honed settings.The addition of Damian Marley on vocals on Can’t Keep Me Down adds a touch of class. The Dance-Hall groves standout from the other synth laden tracks and Marley’s feel-good vocal is the finest moment of the entire collection.

Songs such as Medicated and Can’t Keep Me Down are enjoyable and some of the other songs stand-up well individually, but as a unit many are just too similar to have a major impact on the listener.

Posted by Alternative Irish Music Review at 6:49 PM No comments: