Video: Swords - All The Boys

Swords are fast becoming one of the most hotly tipped bands in the country with rave reviews and airplay flooding in from all over the country, and having caught the trios recent appearance at the Camden Crawl it's easy to understand why. Current single All The Boys sets forth their style of alternative synth pop perfectly. If you like what you hear check them out live this summer.

Lemonade Man is the first single from Saint John The Gamblers' latest album  'Five Miles To Vaudeville.' The video is a colourful celebration of the Speakeasy subculture of prohibition America which perfectly reflects both the song and the bands overriding style.

Posted by Alternative Irish Music Review at 1:42 PM No comments: 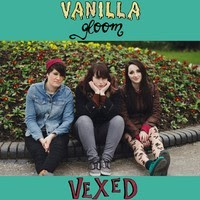 ‘Vexed’ the début EP from Belfast based girl group Vanilla Gloom sees the young trio wearing their grunge and alternative ’90s influences on their sleeves with some aplomb; with Pixies, L7, and Sonic Youth permeating its three tracks.

There’s a Never Say Never-esque grove to the intro and verses of Lemons and Wine which is the EP’s standout moment. Shannon O’Neill takes lead on this track  and is as effective as her bandmate O’Kane, even delivering the knockout line of the EP “There is no us/There is no us.” Final track Vultures continues the formula of quiet-loud, verse, chorus and doesn’t quite have the impact of the previous tracks, though the harmonies, provided by O’Neill and Kane, are impressive.

Vanilla Gloom definitely have something about them, despite the obvious influences there isn’t a hint of inauthenticity about their songwriting and performance and if they can step beyond these influences they have the potential to be the best all-girl group Ireland has produced
Posted by Alternative Irish Music Review at 1:37 PM No comments: 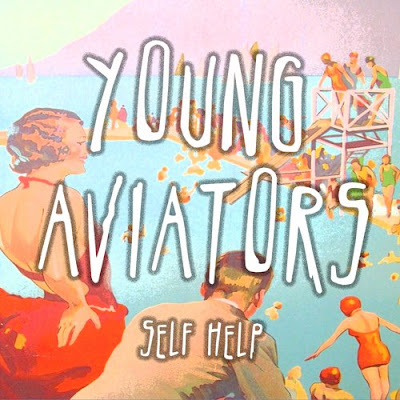 Young Aviators are an Irish trio who decamped to Glasgow and honed their sound; a mix of birthing room brit pop and US indie disco dirge, touring with the likes of Reef and The Subways. Following several EP’s they have released a 9 song début, ‘Self Help.’

Opening track Sunrise on the Motorway initially sets forth a Brian Jonestown Masacre-esque swagger of hazy harmonies and fuzz tone guitars before exploding into a raucous, alternative ‘80s style riff: think She Sells Sanctuary meets U2. It’s an unexpected but rewarding segue. Single, Forward Thinking is an early highlight thanks to its truly memorable chorus hook of “Oh oh, need to start some forward thinking”, once again a strange but luscious combination of influences combine wonderfully to create a real pop treat with Decky McKay (Guitar/Vox) filling the roles of Albarn and Coxon beautifully as early britpop guitar led verses are juxtaposed against more contemporary bouncy bass grooves throughout the choruses. McKay’s top notch guitar solo is the icing on the britpop cake though, outshining many of the genre’s forefathers in the process.

As ‘Self Help’ progresses, the happy-go-lucky speed-kick pop turns darker and grittier as the influence of Alex Turner and the Jarman brothers becomes apparent. Thankfully the material is just as effective with tracks such as A Love To Change Your Ways and Future Pill maintaining the authenticity of the initial barrage.

Deathrays in Disneyland is a thoroughly unexpected left turn from rock road to piano ballad boulevard and, whilst it offers some respite from the albums nonstop nature, it ultimately it feels out-of-place in this collection. Young Aviators indulge in some transatlantic aping on We’ve Got A Name For Folks Like You  as things go Americana, disco rock with Kyle Haughey’s distorted driving bass parts leading the line as Decky McKay delivers a deadpan speak-sing vocal. This is taken one step further on Rejection Letter. Imagine OK Go covering Elastica for a tribute album, add a hint of Nada Surf and you’re in the zip code where things that really shouldn’t work do.

Sunset on the Motorway successfully bookends the album with a reprise of the opening track, once again highlighting the band’s penchant for harmony and noise with equal abandon.  What lies in-between is a quirky fun-filled record of spiky pop gems.
Posted by Alternative Irish Music Review at 1:34 PM No comments: