Darragh Nolan of Sacred Animals fame is fast becoming one of the most sought after remix artists in Ireland and it's easy to see why as his re-imagining of Steffaloo's On Fire renders the original recording completely unrecognisable. Sacred Animals are hard at work on their debut album at present, but Nolan somehow finds the time to deliver wonderful remixes with the deftest of touches.

Posted by Alternative Irish Music Review at 11:48 AM No comments: 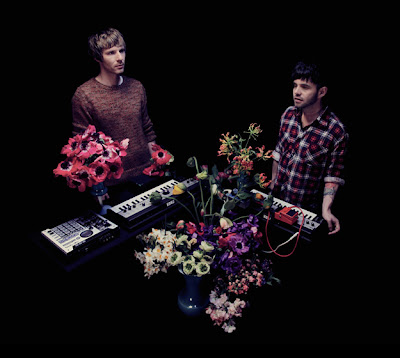 Dublin dance duo Last Days of 1984 have created a Neapolitan mix of hands in the air Electronica and gentle blissed up Indie comedowns, on their 7 track debut album 'Wake Up The Waves'. Brian Rice and Darren Moloney create lush joyous soundscapes which echo Brian Eno and Can whilst simultaneously embracing the instantaneousness of '90s dance and '80s guitar synth pop bands. The influence of world cinema also peppers the album throughout.

Opening track Francois Truffaut- Event Sociologique's title refers to actor, director, and French new wave cinema forefather Francois Truffaut. Director of Fahrenheit 451, best know as an actor for his role in Steven Spielberg's Close Encounters Of The Third Kind. It's hardly standard fare for inspiring electro hooks, but Last Days Of 1984 do it with ease. In a seven minute plus opus of heady electro groves and afro-beat drums blended with calypso guitar lines. River's Edge was an obvious single choice it's less intense than the albums opener, but just as potent. Driven by a 1-2-3 bass line-it's a rhythm figure which the band deploy with great skill throughout the album-its light and airy verses build through a memorable chorus and instrumental sections. Delivering a nice slice of radio friendly electro.

Low-Fi reverb drenched guitar ballad Safari takes things done a notch offering light relief from the electro beats Safari has a blissed out '60s feel and proves without a doubt that Last Days of 1984's vocal prowess is equal to their musicianship. Kismat, meaning destiny or faith in Hindi puts the band in more familiar territory on this instrumental electro track. Season has the feel of a Doves song being remixed by a major dance act like Underworld. An excellent fusion of Last days of 1984's two principle styles as blissed out indie guitars and vocals merge with uplifting synth thrills and afro drums. This unique fusion of styles continues on the remaining tracks of the album. Standout track and probable single Wave Life displays hints of Talk Talk and the flippy floppy guitar lines of Talking Heads combined with more uplifting world music percussion and throaty synth motifs which make for one of the albums most memorable tracks.

Woods finishes the album on a foot stomping high with an impressive mix of jaunty synth pop mixed with some powerful Gary Numan-esque synth stabs. Add to this a singalong chorus and it all combines to create one of the best indie electro tracks ever produced in Ireland. With a debut of this quality Last Days of 1984 have secured a place at the top table of Irish Indie-Electro and laid down a marker for the other bands to follow.

Posted by Alternative Irish Music Review at 11:07 AM No comments:

The first single from the new EP 'Anti-Gravity Love' from Fred and Bob.

Posted by Alternative Irish Music Review at 5:03 PM No comments: 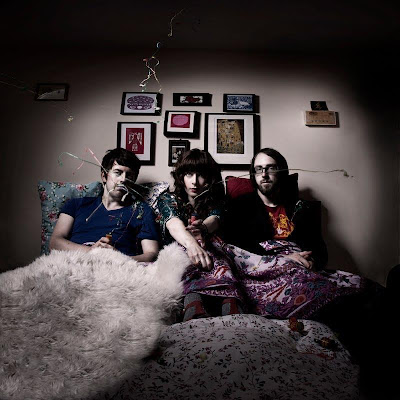 Dublin trio Sleep Thieves 'Islands' EP is a collection of high quality throaty electro goodness. Lead singer Sorcha Brennan's angelic preternatural voice deploys an eerie spectre across soundscapes of throbbing keys, bass, and beautiful bleeps. At times Brennan's voice is reminiscent of Natasha Khan and Ladyhawke while the music has a suitably dark yet uplifting quality to it.

Out Of The Darkness plays like a baroque cello interlude transferred to a Moog while Oceans strange morphing beauty and the beast vocal exchanges create an enjoyable mid paced Sci-Fi lullaby. Title track Islands has a more organic rock feel thanks to the throbbing electric bass line which propels the song from start to finish 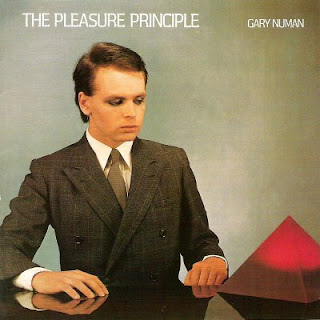 “I’ve been waiting here for you I’ve been waiting far too long“ mouths a giant set of luscious gothic lips on the video backdrop, as Gary Numan embarks on a mammoth career spanning set of dystopian electronica, industrial metal and drum and bass in a heaving Button Factory. Unfortunately the use of dry ice sets the venues fire alarm off and a constant ringing sound can be heard between songs and throughout the performances lighter moments. The venue was at full capacity (perhaps even a little over) and the heat generated by Numan’s passionate supporters was almost unbearable. No doubt a larger venue would have been preferable but the adverse conditions certainly didn’t effect his performance.

Written off by critics as he struggled to find himself post New Wave stardom, Numan’s career lurched from persona to persona before eventually coming of age in a drum and bass industrial metal sphere long before either became fashionable. Now in his 50′s he looks more assured than ever striding the stage and lapping up the endless applause. No doubt his resurgence is partly down to his voice obtaining a smoother growl with age which adds an authoritarian weight to his dystopian lyrics.

A re-imagined rock version of Metal from 1979′s ‘Pleasure Principle’ is an early highlight transplanting the song towards David Bowie’s heavier art rock output and sees the first use of Numan’s signature Moog sound. The impressive throbbing bass and keyboard riffs are in free flow with each song seemingly better than the one before. A rendition of Bombers from Numan’s original punk band Tubeway Army whips the audience of die-hard fans into a frenzy. Call Out The Dogs is another sing along highlight.

Synth heavy fan favourite This Wreckage bizarrely gives the crowd the opportunity to sing along to the Japanese lyrics of the chorus which translate to “Goodbye Forever”, it’s a strangely joyous experience for such a profoundly sad phrase. Similarly I Die, You Die’s dark subject matter is visceral and empowering. We Are Glass continues the feelgood synth pop juxtaposed against bleak lyrics. An emphatic encore which featured signature tracks Cars and Are Friends Electric saw the audience screaming every word and living every beat, with Are Friends Electric particularly spine tingling.
Posted by Alternative Irish Music Review at 5:22 PM No comments: 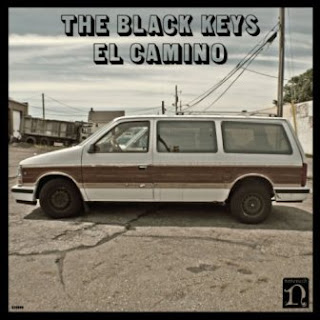 The Black Keys are the classic overnight success story a decade in the making. Their seventh album 'El Camino' is their finest to date dripping with the dirty, seedy, glitz and glamour of classic stadium rock songs. Daniel Auerbach and Patrick Carney have channelled the spirit of Marc Bolan, David Bowie and Led Zeppelin to create the finest guitar album of the last five years.

Opening with the single of the year Lonely Boy a raucous joyride sprinkled with T-Rex stardust and a perfect summer chorus of "I'm a Lonely Boy" it's hard not to get swept away. Dead and Gone maintains this quality introduction. Ephemeral "Nah Nah" backing vocals introduce a sunshine flower-power vibe to the album as a dirty sex-sweat bassline dances beneath. The chorus of "I'll go anywhere you go" is the second killer hook in the song. Gold on the Ceiling helps up the rhythm of Bowie's 'John, I'm Only Dancing' via the American heartland with fabulous results.

Their are some melodic similarities to 'Stairway to Heaven' in the country tinged verses of Little Black Submarines. Thankfully things get back on track for Money Maker, a delicious strip show of QOTSA meets Jon Spencer Blues explosion, complete with psychedelic guitar solo money shot. The QOTSA meets swamp-blues feel continues on would be single Run Right Back. Yet another hook laden song, the lyrics focus once again on sex, "She's the worst thing I've been addicted to".

The potential hit singles keep coming with Sister and Hell of a Season. But Stop Stop really stands out for its disco rhythms and high pitched vocals. The chorus of "stop stop..." burrows its way into your  consciousness like a drug. There's one last stadium rock outburst on Mind Eraser. Once again its all about how the bass groove interacts with the vocals, "No don't let it be over" cries Auerbach through the choruses but alas it is. Thankfully there is a cure known as the play button and the repeat function.
Posted by Alternative Irish Music Review at 1:22 PM No comments: 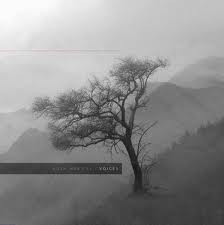 Opening track Apparitions has an alternative 80's electronica vibe. Intricate bass lines weave around electronic strings with delayed guitar dipping in and out of the mix. Add to this a vivid lyric, centred on "devils" and "tempests" and other Shakespearean style demons; delivered with a falsetto Jimmy Summerville would be proud of. The results are potent, to say the least. Eoin French's vocals instantly enthrall and hold the listener's attention throughout the EP, such is the power of his emotive refrains.

Window To The Heart is the standout track of the EP. It's a wonderful indie dance-floor moment, where choppy guitar rhythms blend perfectly with muted electronica. The track has two choruses -a technique used successfully by the likes of White Lies- which gives it that something extra special. The vocal "Wandering, wandering, wandering eyes" is truly infectious.

Lilly sets sail on a bed of somber single note piano. A haunting Conor O'Brien-esque vocal soon joins in creating wonderful otherworldly soundscapes, which twist into a happy-sad jaunt of self decoding. Similarly I'll Forget, forages themes of personal development, self acceptance and relationships in a state of disrepair, but from a darker angle.

It would seem that Delphi, the label that brought you Sacred Animals, and We Cut Corners, have pulled yet another rabbit out of their hat. Corkonian quartet Hush War Cry are a very welcome addition to Ireland's bustling music scene. You can stream and buy 'Voices' here
Posted by Alternative Irish Music Review at 1:13 PM No comments: